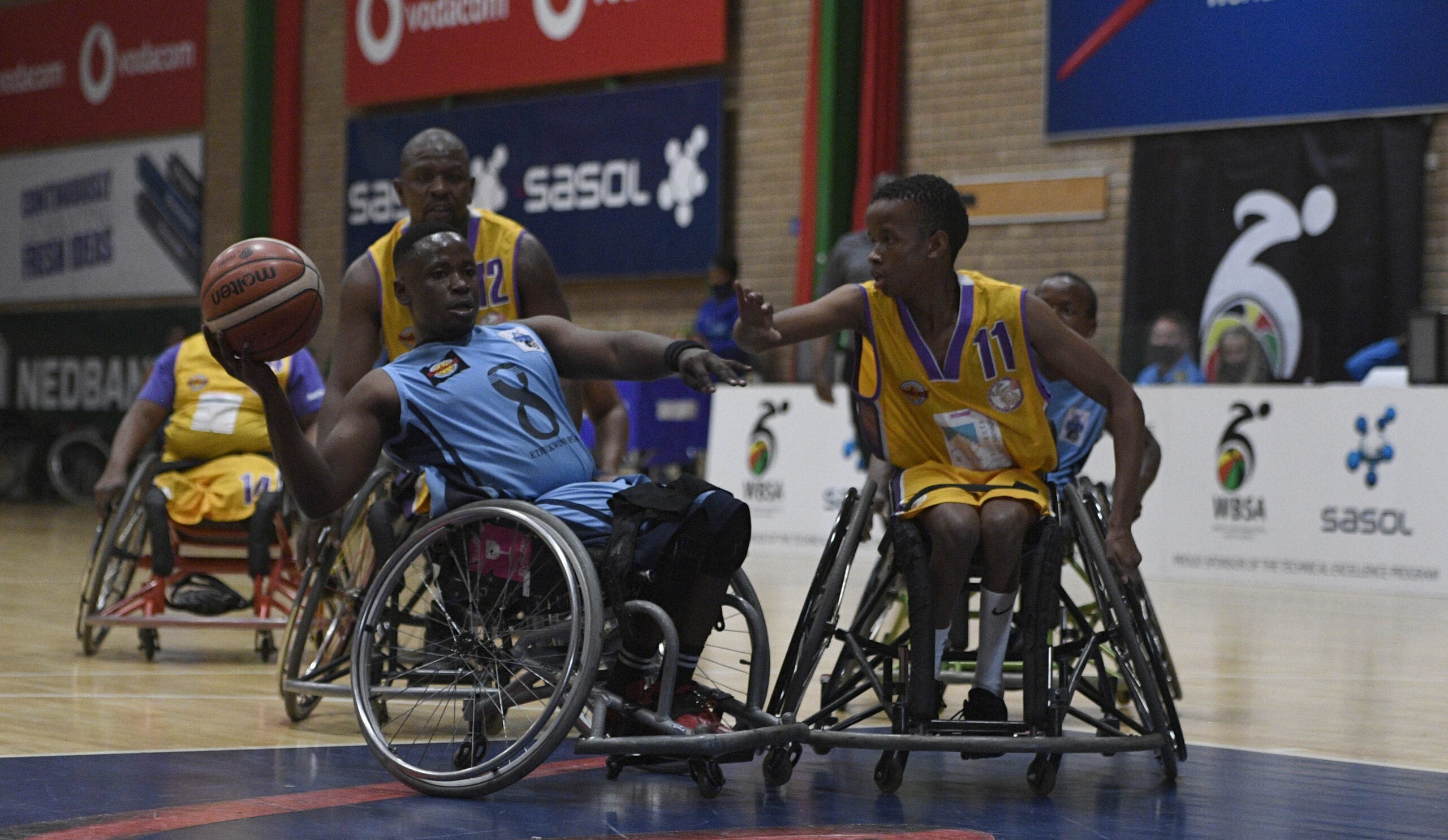 The second day of the 2021 Terence De Bruyn Cup saw the culmination of the pool stage play, with all 8 teams fighting it out for the right to play in the 2021 Supersport Wheelchair Basketball Series, later this year.

With only 6 places available, there was lots to play for, and the action was intense at the Vodacom  Mandeville Indoor Sports Center in Johannesburg.

As expected, new comers the Polokwane Rhinos, found the competition a bit to hot to handle, but nonetheless, the opportunity to play at National Level, has been scarce for the men from Limpopo over the past few years, and they would have learnt a lot over the past few days.

The tournament has been marred somewhat with some poor administrative issues by a few of the teams, failing to heed the Competition Rules and Regulations, which ultimately cost the Gelukspan Mongoose team, their place in the 2021 Supersport Series.

The Mongoose will meet the Rhinos in tomorrow’s 7th/8th place play-off game.

Probably the most fortunate team of the competition are Sun United, who by virtue of the forgets by the Mongoose narrowly made the cut as the 6th team for the 2021 Supersport Wheelchair Basketball Series. They will meet the ver improving Tshwane Mavericks in the playoff for 5th/6th at 10h30.

Another team that had forfeited a game during the pool stages, the Mandeville Eagles, will have rued their administrative error, as it ultimately cost them their place in the final. Instead the Mandeville Eagles will face the Western Capes Conquerors Club in the Bronze Final (3rd/ 4th place).at 12h30.

The benefactors of the Eagles administration error, were the Whirling Wheels Spear from Kwazulu Natal, who despite only recording 1 win in the tournament so far, will face off against the firm favourites and undefeated Vaal River Lions in the 14h30 Final Match,

Both the Bronze Final and Final will be broadcast LIVE on on Supersport from 12h30 tomorrow. 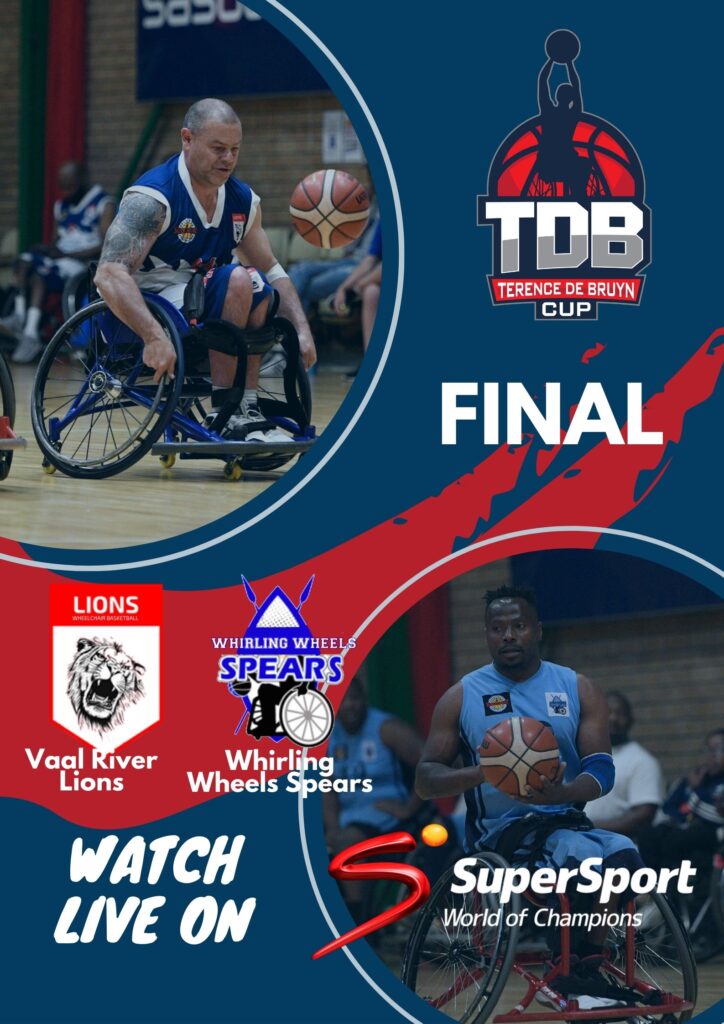