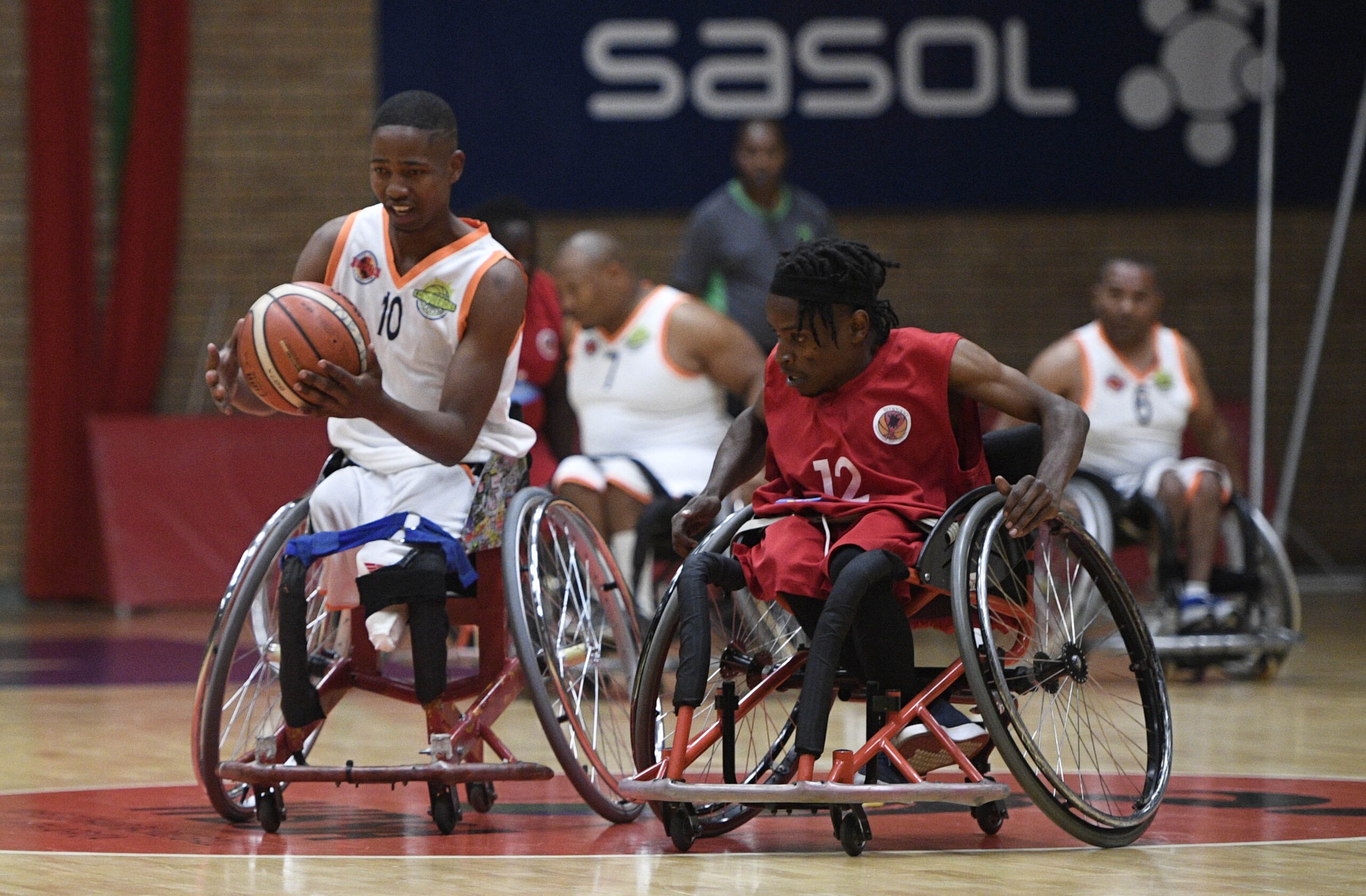 After the first day of competition at the 2021 Terence De Bruyn Cup, the early log leaders in Pool A are the Whirling Wheels Spears from Kwazulu Natal and in Pool B the Conquerors form fro the Western Cape.

The Spears find themselves top of the standings by virtue of the fact that in their early game against the Mandeville Eagles, which they lost 46-54, the Eagles team breached the tournament rules relating to the minimum playing time permitted per player, after one their players failed to turn up for their encounter. Careless administration by the Eagles Head Coach, Anele Kledi who failed to have the players name removed from the scoresheet ahead of the start of the game, resulted in his team having to forfeit the game.. A decision that may yet prove costly for the Eagles if it ends up costing them a place in Sundays final.

In the earlier Pool A encounter between the Gelukspan Mongoose and Sun United, both teams forfeited their log points, due to players not meeting the minimum playing time rule.

In Pool B despite a loss to Pool B favourites Vaal River Lions, the Conquerors bounced back to convincingly defeat, the tournament debutant Polokwane Rhinos 72-7 to end day 1 ahead in the standings.

The Vaal River Lions will however look to remain undefeated in their games tomorrow, which will ensure their path to Sundays Final against the winners of Pool A.